A new interactive simulation created with the software Wolfram Mathematica, reproducing an anticipatory model for pedestrian interactions, is now available at this page of the CDF simulation section.

The model is based on the paper:

The article, together with some other interesting related material, is also available in this page  of the Applied Motion Lab, University of Minnesota.

The main point of the model is that the interaction force between two pedestrian is not based on their distance (as it’d happen for, say, electrons) but rather on their time-to-collision, which is defined as “the duration of time for which two pedestrians could continue walking at their current velocities before colliding”.

So, in this model you won’t see nearby pedestrians repel each other if their trajectories are not such to produce a collision in the next few seconds. That makes possible for pedestrians to walk side by side as it happens in the real world.
On the other hand two pedestrians about to collide will try to change their motion (in velocity direction and/or speed).
See the CDF simulations page for further details. 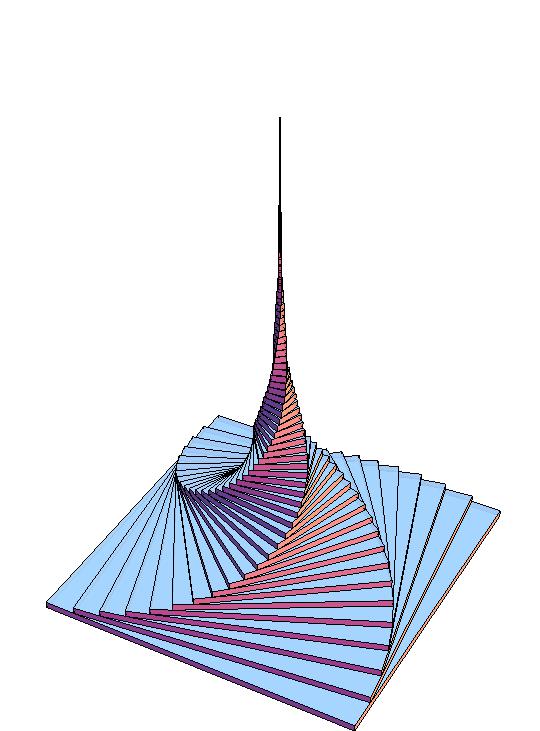 “Six degrees of separation is the theory that everyone and everything is six or fewer steps away, by way of introduction, from any other person in the world, so that a chain of “a friend of a friend” statements can be made to connect any two people in a maximum of six steps“

I’ve been intrigued by that theory and curious to investigate its mathematical basis.
A first step I took was to try to better understand the possible mathematical models aimed to reproduce the basic mechanisms about how the connections between people (or other abstract items ) can build up and develop.

Good sources for this quest were the following books:

Here is a first personal investigation (made with Mathematica and exported as CDF) about Watts’ α-model:

Go to the demonstration’s page (in english)

Go to the demonstration’s page (in italian)

Go to the demonstration’s page