It’s not easy to understand the mathematical inner workings of moving waves.
That’s because a wave is a perturbation in a media that changes with space and time.
So, even in the simplest case (i.e. waves propagating in a 1-dimensional media like a string) there are at least three variables involved: amount of the perturbation, position and time.

To understand better the relations between those variables and the wave parameters I’ve created, with the software Wolfram Mathematica, an interactive demonstration about moving waves. The demonstration has been exported in the .cdf format so that it can be interactively used with the free CDF Player (see here how to install it).

The CDF demonstration is available at this page.

It will show 4 different views;

• The moving wave
• The time view at a fixed position (

)
• The space view at fixed times (when the flash comes)
• The 3D view, in which there is also the moving point representing the state of the perturbation at

as time goes by and its space-time trajectory.

In the demonstration it will be possible to change the wave parameters and see how its dynamic evolution changes accordingly.
For those who don’t have the free CDF Player installed on the PC (or those visiting this site from a a smartphone/tablet iOS/Android) here is a short video preview of the demonstration:

“Six degrees of separation is the theory that everyone and everything is six or fewer steps away, by way of introduction, from any other person in the world, so that a chain of “a friend of a friend” statements can be made to connect any two people in a maximum of six steps“

I’ve been intrigued by that theory and curious to investigate its mathematical basis.
A first step I took was to try to better understand the possible mathematical models aimed to reproduce the basic mechanisms about how the connections between people (or other abstract items ) can build up and develop.

Good sources for this quest were the following books:

Here is a first personal investigation (made with Mathematica and exported as CDF) about Watts’ α-model:

Go to the demonstration’s page (in english)

Go to the demonstration’s page (in italian)

Go to the demonstration’s page 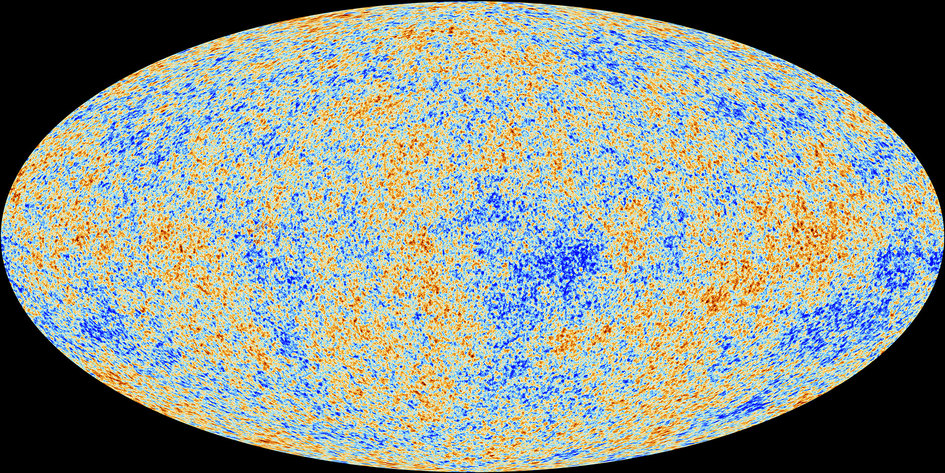 The anisotropies of the Cosmic microwave background (CMB) as observed by Planck. The CMB is a snapshot of the oldest light in our Universe, imprinted on the sky when the Universe was just 380 000 years old. It shows tiny temperature fluctuations that correspond to regions of slightly different densities, representing the seeds of all future structure: the stars and galaxies of today.
(Credits: ESA and the Planck Collaboration)

In some exercise taken from combinatorics textbooks you might find a question like: “if you roll 2 dice what is the probability to get 9 for the sum of the 2 dice faces?”
The answer is not much difficult and can be intuitively given by enumerating the number of cases that satisfy the given event and dividing that number with the number of all possible outcomes.
But what if you want to find the probability of, say, a sum of 31 when rolling 10 dice, where simple enumeration would require a very long time? Or to find a more general formula for the probability of getting p points as the sum of rolling n dice? Is there such a formula, computable without having to enumerate all the cases?

Eight celebrities meet at a party. It so happens that each celebrity shakes hands with exactly two others. A fan makes a list of all unordered pairs of celebrities who shook hands with each other. If order does not matter, how many different lists are possible?