In this note we present the derivation of Einstein formula

A quick comparison is also made with the usual derivation of Newtonian kinetic energy.

that starts from rest and reach the speed

. It’s energy is equal to the work done to make the body reach its final speed

In Newtonian mechanics, it is

and,  assuming the body’s mass doesn’t change, it is

That’s the classical kinetic energy (KE) acquired by the body.

In relativity we must use a different expression for the momentum

It can be noted that, in order to reconcile this new definition of momentum with the classic one (

‍), it’s possible (even if a little controversial) to define the relativistic mass

In this case the integral is

We’ll calculate the integral in two different ways: a) with a substitution and using a trigonometric function for the ratio

and b) without the substitution, keeping the original variables and following the usual rules for differentiation and integration.

The “trig” route presented in the following lines has some interesting geometric interpretations and makes the calculations easier. It’s based on a simple change of variable:

With these new expressions the integral becomes:

And the integration is almost straightforward:

Coming back to the original variables we have

So the relativistic kinetic energy is the excess of

with respect to the invariant rest energy

The following figure shows the interesting geometric relations between the main quantities involved in the derivation: 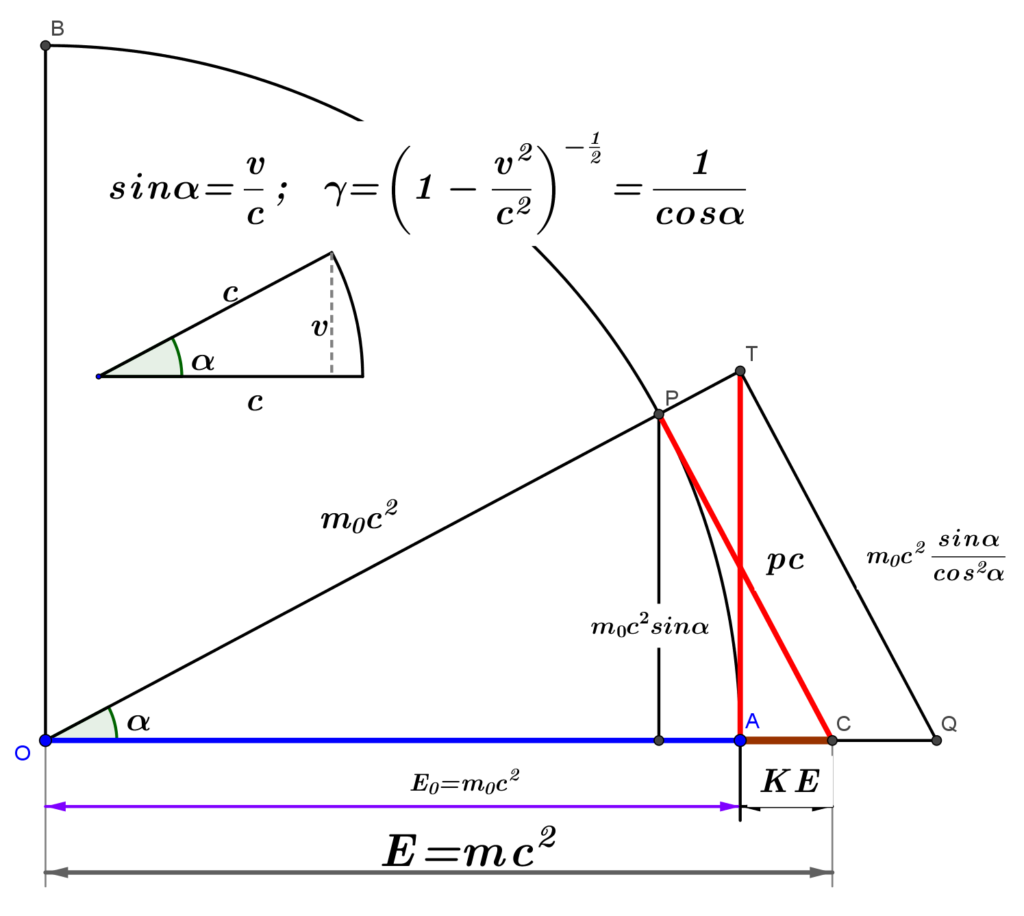 As a bonus we get the important energy-momentum relation

b) Integration “as it is” and without substitution

We can also calculate the integral

without recurring to the previous substitution

We have reached the same result of the first calculation (with the “trig” substitution) but with some more effort and no evident geometric visualization and guidance.